In the past I have written posts about Tom’s lone ventures and have wanted to add his photos but didn’t know how. Now the penny has dropped!
I know some of you are interested in these so here is two from his rescue training trip to Wales at the beginning of Feb. 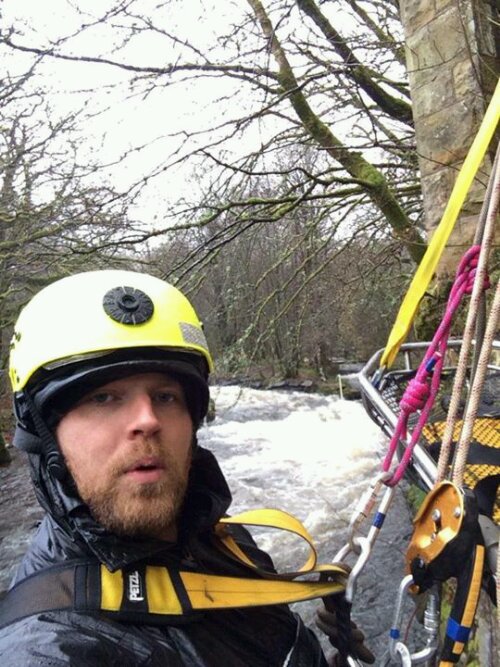 In future there will be more!

Finally it was the ‘weekend’!
Monday was a beautiful day, sunny and mild. 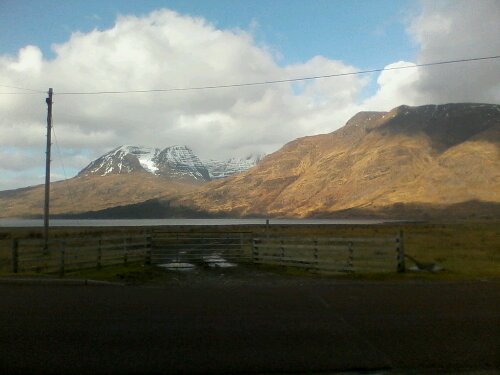 We had a leisurely breakfast before we packed our bags and went to climb up at seanna mheallan. (Proper spelling coming soon!!)

A  short walk in being watched by an inquisitive stag, but then bad luck struck. Because of the last 5 days of rain the river was too high to cross!! We had a couple of attempts, before admitting defeat and having lunch on a rock.

This is definitely a good place to come and play in the summer! After that, we walked back to the road before deciding to check out a gorge on the other side of the glen. 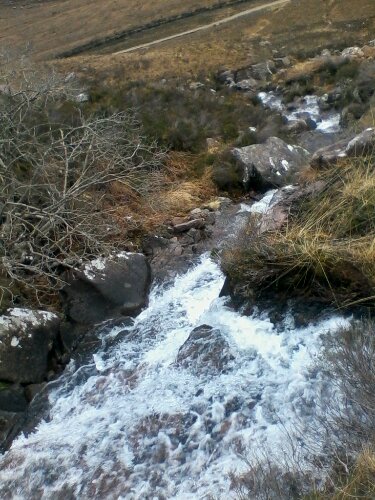 Halfway up we stashed our bags and carried on as the gorge narrowed and the sides became higher. The waterfalls got better too. We did quite a bit of scrambling up steep banks of sodden rocks, peat and moss and a few sketchy crossings!

We drove to Shieldaig shop when we got back to the landy and bumped into Scott outside. We ended up having a coffee and a chat at his and Lisa’s before home to have tea and shave all Tom’s hair off!

Early morning Tuesday ready for staff kayaking and clay pigeon shooting led by Tom and Ryan!
The morning was sunny but windy! Kayaking with friends from work was fun even though it was a struggle to get back to the hotel but we made it!

Home for lunch before archery and shooting at 1pm, though when I got back the weather had turned atrocious! Seven of us stood on the front lawn in the pissing rain while jolly Tom taught us Archery! Credit to everyone for even going!
We had a break to see if the rain would let up to be able to go shooting but the Scottish weather won. Instead I drove Jordan and Luke to the shop for sweets and helped Maz out by driving her car back to Kinlochewe for her. Fun for me too!!
Came home with plans to start cleaning the landy but ended up making a fire and having Cameron and Scott over for a cuppa after work instead. There’s always tomorrow eh.
Goodnight!

A good weekend has been had! A lazy monday and a bus trip Tuesday! I borrowed the work landy for a staff trip to Skye via various shops and castles while Tom kept the bed warm at home!

We visited a castle on Skye with a great play park 🙂 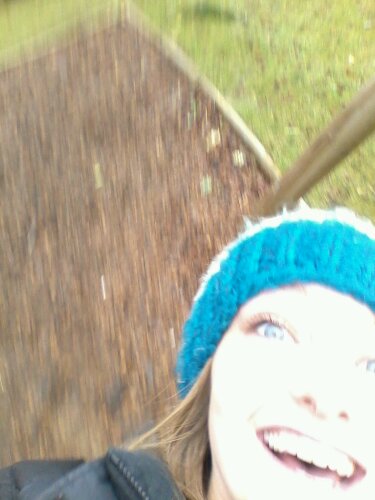 After burning some energy we drove to Kyle of lochalsh and had lunch at Hector’s bothy cafe before supermarket shopping and another castle visit on the way home.

I’d not been home long when David and Marie text that they were on their way round with a chinese!! Winner! Thanks guys, a good suprise!! Just as they were leaving, Tom’s friends Olly and Piers came over to stay for a few nights! Hectic!
Busy day back at work yesterday and just about to set off to work again now! Have a good one.

Finished work for the week today at 3 o’clock, and it’s a lovely sunny day! Giving the garden and the house a wee spruce up this afternoon.
The last few days at work have been good. Jordan has been keeping everyone up to date on the olympics, it’s been an almost full hotel this weekend and I got to go and dig up some artichokes from the garden for David this morning. A good start to the day!
Tom and I got our first takeaway of the season last night, Katie the new Inn manager is nice, she seems to be doing well already. The homemade burgers were really tasty 🙂
(I’m going to see if I can write a post without mentioning food next time I promise). Well, I’d better stop writing and get sprucing anyway! Good afternoon!

We arrived home friday night to a noisy cat and a really clean floor! (Thanks Jordan!)
It was a good road trip to see you all and we miss you, but it’s nice to be back 🙂 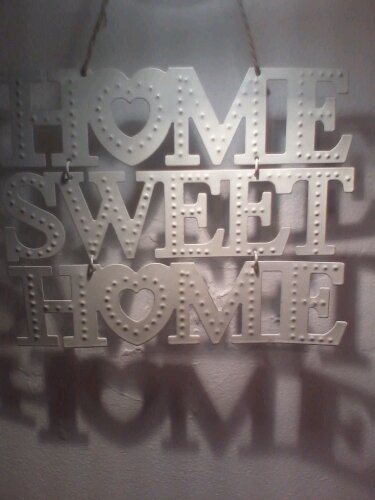 First day back at work Sunday. Lots of new faces as well as the old ones, and some good news that David and Marie are expecting in July! I’ve already applied for babysitting duties!
Days off Monday and Tuesday, the hotel is still shut both days until April! Winner! David and Marie came over to ours with tea on Monday night which was nice. Tom and I provided waffles and maple syrup for pudding! Tuesday was a day for procrastination.
Back to work yesterday and it snowed a lot!

My coat was covered in the short bike ride. On the up side I got fresh cream and cranberry swiss roll from Marie! Mmmmm!!! Today I’ve been preparing the Inn rooms, and Tom has been washing Land Rovers. The Inn is open again for the year tonight! Pub! Yay! Although we are intending to stay away as much as possible!!
Tonight we picked up Shando, the new front of house staff member, from Achnascheen and now we’re chilling.
Just another few days of work now. Maybe something exciting will happen? Who knows?
Over and out.

Saturday, we were at Charlotte and Richards for the night. We had dinner at Little Tokyo, where we all ate far too much and only managed one drink out afterwards! We went back to theirs and watched a film. Well, three of us. Richard had a snooze! We had bacon for breakfast (of course) before a brief shopping trip to the Range then said our goodbyes! I miss you Charlotte! Think of me when you drink the Kraken!
Tom gave me a lift back to Harrogate before driving to North Wales for his Advanced SRT course, to spend the week in the river! Brr! Have fun Tom! I slept in on Monday, before a late breakfast/lunch with my Gran at Fodder 🙂
A roast pork sandwich, elderflower, latte and cake! Thank you Gran! And for this new cushion!

Tuesday, payday is burning a hole in my pocket so Mum and I went on a Primarni shopping spree. More socks!! I went to my Dads that evening to see everyone and watch Ben at karate again. He has another belt grading this Saturday. Good luck Ben! Sorry I can’t be there!
Yesterday I spent the afternoon with Alex at his and Laura’s new house in Pannal, and drank Stella for the ‘old’ times sake 🙂
I have been to Harrogate College this morning with my talented little Sister, where she did an eyelash and eyebrow tint and a french manicure for me! Thank you G!

Tom has been in touch and is having a good time in Wales. Night swimming and ropework and so on. Despite bad weather! Not long left now though. Back tomorrow night. And then Saturday’s drive to look forward to…. woo… !

So! Since Monday we’ve had home cooked chinese at Kat and Jacks, visited Jools, Vicky and Jamie in Ambleside. Vicky cooked us gourmet pizza and we played poker until 5am!
We visited Eddie, Lloyd and Pip in Wilberfoss where we had chinese takeaway and spent the night in the new nursery 🙂

Thursday we did a tour of the coast. Whitby for waffles and hot chocolate. On to Robin hoods bay, through Scarborough and ending up with Grandma and Grandad St Quinton in Bridlington. Howard and Marion were there too and it was nice to meet them all together.
We shared food and wine, nice hams and salads and plenty of eton mess. Good health to you all and we look forward to a future visit in Scotland.
Back In Harrogate yesterday, we had a rest day from driving (well, Tom did). We joined my Dad, Gran and Brother for some french food at Cafe Rouge and watched Hook! We’ve signed up to watch my brother at karate this morning before heading to leeds so better get ready!